Report these immediately on the issue tracker. If it's a very dangerous bug, then confidentiality would be preferred.

Typically these take the form: "It would be great if Lazysodium implemented feature X."

If you are suggesting a feature, please make sure it's within the scope of what Lazysodium actually does - which is to wrap Java functions around the native C functions provided by Libsodium.

If you want to contribute code, you first have to understand how Lazysodium works.

Let's say you've found a function in Libsodium that does not exist in Lazysodium and you really want to add it to Lazysodium. As Lazysodium uses JNA, adding a new function is pretty simple.

Theoretically, let's assume that you really wanted the function crypto_generichash as it did not exist in the Lazysodium library. The first thing you'd do is add the function definition to the Sodium.java class. This class is the "brain" behind Lazysodium.

So how would you convert the following into Java?

The solution is pretty simple. The exact type mappings are explained over in the JNA repository in full. Here's what the above C function looks like in terms of JNA Java:

The reason why JNA is so cool is that it maps those C types for you. For example, unsigned char *out and size_t outlen maps to byte[] out and int outLen, respectively. There are so many examples already in Sodium.java that it would be pointless writing more examples here, so just look in that class for more inspiration.

You may run across some state parameters in those native functions. These convert to simple classes in Java. For example the crypto_generichash_init function asks for a state:

Here's what the state struct looks like in C:

To convert that C code to JNA Java, you add the following class anywhere. It can also be named anything, however the fields inside it must be the same as the C variant.

To provide that state to functions, you first create it as follows:

Then, create the Native and Lazy interfaces within that interface.

In the Native interface, you add a function that is almost an exact replica of the one you added to Sodium.java, but with minor enhancements like returning a boolean instead of an int. Plus, it's less confusing and less of an eye-sore for new developers to get started with Lazysodium when you give them properly camel-cased functions.

After that, you add the Lazy variant. This variant should be purposefully built to make it super-easy for developers to use. Whatever enhancements you can think of you should add. The best way to think about it is this: If you were building an app what functions would YOU like to use? Would you like auto byte array to String conversion so that you can store the hash in an SQLite database? Would you like intelligent auto defaults on parameter variables so that you don't have to provide those variables yourself? Would you like the safety of an exception when hashing?

After adding the Native and Lazy variants, you can now move onto the actual implementation, which you will add to LazySodium.java. First add the implementations to the top of the class:

Then provide an implementation to the functions:

You'll note that we have different classes such as Sodium, SodiumJava, LazySodium, LazySodiumJava. Sometimes, a function or method does not run on Android but it does run on Java. Libsodium has a feature called "minimal mode" where certain functions of libsodium are reduced on devices which have constrained hardware. Lazysodium has compiled against minimal libsodium, meaning this feature is on by default. It does protect against developer's code weirdly failing.

Minimal mode is turned on by default for devices that run Android and iOS. We've tested and most modern Android devices can handle some of the more demanding functions in libsodium, these are typically devices on Android API 26 and above.

From the implementations above, you can see a constant has been defined: GenericHash.BYTES.

Constants are very much a mandatory feature of Lazysodium. If you submit a Pull Request with an implementation but with no constants (or, in other words, simply hard-coded values) then it will most likely be rejected. Those constants are vital in making Lazysodium easy to use for other software engineers.

Please add constants wherever you can. Constants are added to every major operation. The GenericHash.java interface has various constants that serve as examples.

The problem with low-level libraries such as Libsodium, is that their function definitions often require byte arrays with a required size. Lazysodium wants to make this easier by checking that the size of the byte array you defined was, in fact, the correct size.

The Checker interface inside whatever operation you are working in should be updated with static methods to help developers check their arrays and other sizes. The inner Checker class should ALWAYS extend BaseChecker.

The Checker class inside KeyDerivation.java serves as an example.

Another method of contributing to Lazysodium is by promoting it. This inspires confidence and has the beautiful side effect of more people becoming involved in privacy and security which is the over-arching goal of Lazysodium.

You can promote via blog posts, in a news article, or comments on sites like HackerNews or Reddit. Or even word of mouth. Or anything really.

​Terl, the default copyright owners of Lazysodium, does not stipulate a method of promotion. A link back to the repo or Terl would be nice though! 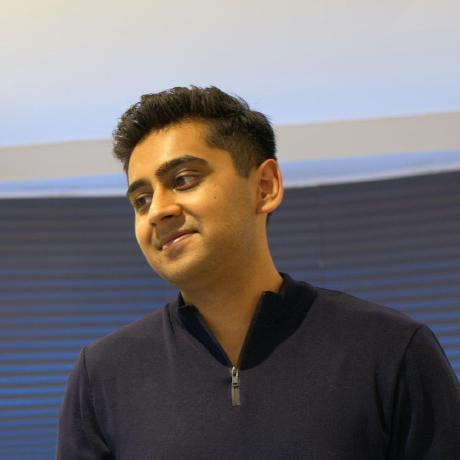